LG is catching up with Samsung in the land of “lifestyle” TVs, adding a new model to its LG OLED Objet collection that launched last year. The new Posé is a slimmer version of Samsung’s Serif; It comes in 42-inch, 48-inch, and 55-inch screen sizes and launches in Q3 2022, starting in Europe.

The Posé joins the 65-inch Easel announced at CES (then called the Objet), which is designed to look like an art easel and has a sliding fabric cover to hide the screen. Both can display artwork or photos when not in use.

But what is a lifestyle TV? Why is there a premium for a TV to look good in our homes? “Looks good in the middle of my living room” seems to be a key consideration when buying a TV just as it is when buying a sofa. Of course, that’s along with the other essential specs; bigger than my neighbor’s, better sound, great picture quality, and doesn’t require me to take out a loan to pay for it. But instead, TV manufacturers have convinced us that a giant black rectangle in the middle of our house is the norm.

Whether you like the look of Posé or Easel, neither of which I’d place in my home, the popularity of Samsung’s The Frame TV, which turns the black rectangle into a convincing-looking work of art when not in use (and I have in my house), makes it clear that there is an appetite for good design. But today’s options are either expensive or sacrifice some of the features you want in a TV. 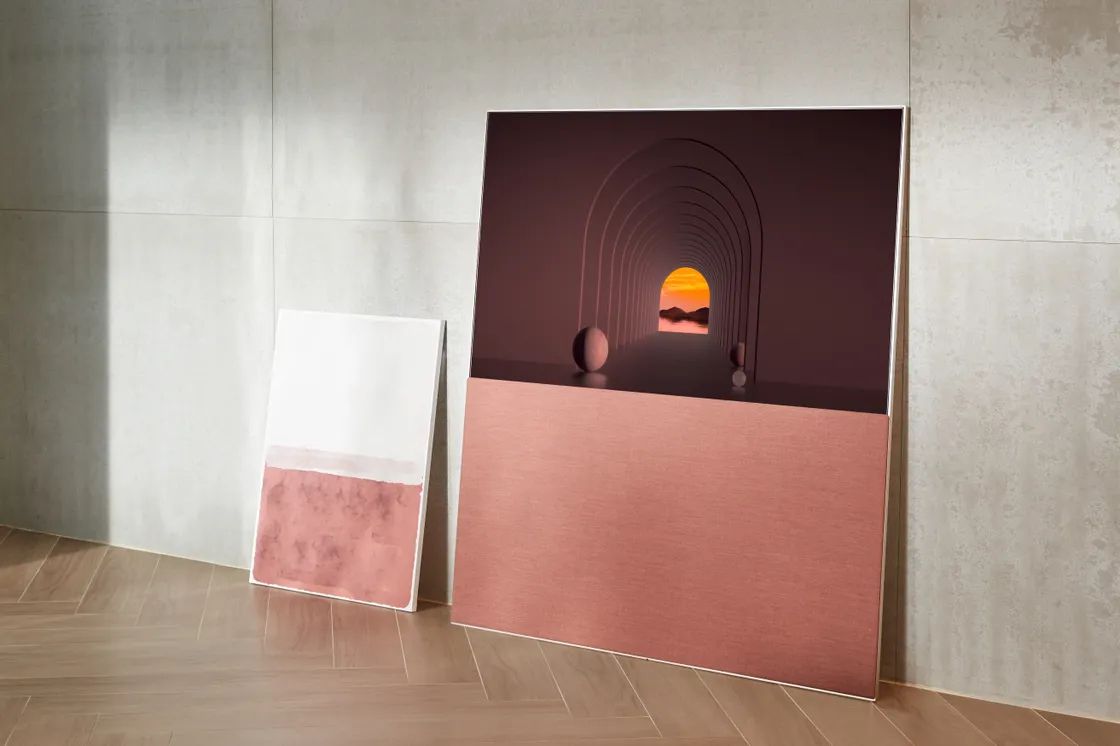 The Easel is a lifestyle TV that sits against a wall. Image: LG

While there’s no price yet for them, both of LG’s new lifestyle TVs have the OLED evo technology used in the company’s premium models, so they’ll likely be expensive. The company’s 65-inch LG G2 Gallery Edition costs $3,200, more than $2,000 more than Samsung’s 65-inch The Frame, which opts for a cheaper screen than Samsung’s higher-end models. The Frame also sacrifices features like local dimming, while paying around a 30 percent premium for design-focused things like flush mounting and having all cables and connections hidden.

The Posé is the smaller, and probably cheaper, of LG’s two new options. Freestanding TV stands in your living room, much like Serif. But it’s slimmer than Samsung’s option, which has a thicker frame around it that can double as a shelf. The Posé has LG’s Gallery mode for displaying artwork or photos on its self-illuminating digital canvas, similar to The Frame’s image display capabilities. It also has an “effective cable management system” to minimize clutter. We’re assuming there’s a cable somewhere, though, not that LG has developed a wireless power option, as the press image suggests.

LG is showcasing its two new art TVs at the Salone dei Tessuti during Milan Design Week, targeting its target audience. But lifestyle TVs don’t just have to be aspirational. TV making has long been a game of follow-the-leader, and there are hundreds of budget options that provide much of what the higher-end brands do. But there are still only a handful of models trying to fit into your home like a piece of furniture or art and they’re not just ugly black rectangles. It’s 2022, it’s time for all TV manufacturers to step up and bring us more affordable and attractive options for the biggest screen in our homes.