PARIS — After 18 months of restrictions linked to the coronavirus pandemic, the most recent edition of Paris Fashion Week marked not only a return to in-person events, but also a more inclusive approach to fashion shows.

The public flocked to outdoor exhibitions and celebrations such as the tenth anniversary of Olivier Rousteing at the head of Balmain. But with the French government once again tightening the screws in an attempt to stem another wave of COVID-19 infections, will the apparent democratization of Paris Fashion Week be a blip in the landscape or a lasting trend?

Last fall’s outdoor shows by Rick Owens, Chloé and Saint Laurent attracted curious onlookers, who were as excited by the show as they were by celebrity sightings like Blackpink’s Rosé and actress Demi Moore. Valentino’s Pierpaolo Piccioli treated the streets of Paris like his catwalk, with models leaving the show site to show off his spring 2022 creations in front of locals sitting on restaurant terraces.

“We are experiencing a euphoria of human contact,” said Patrizio Miceli, director of the creative agency Al Dente. “Fashion has become festive again.” 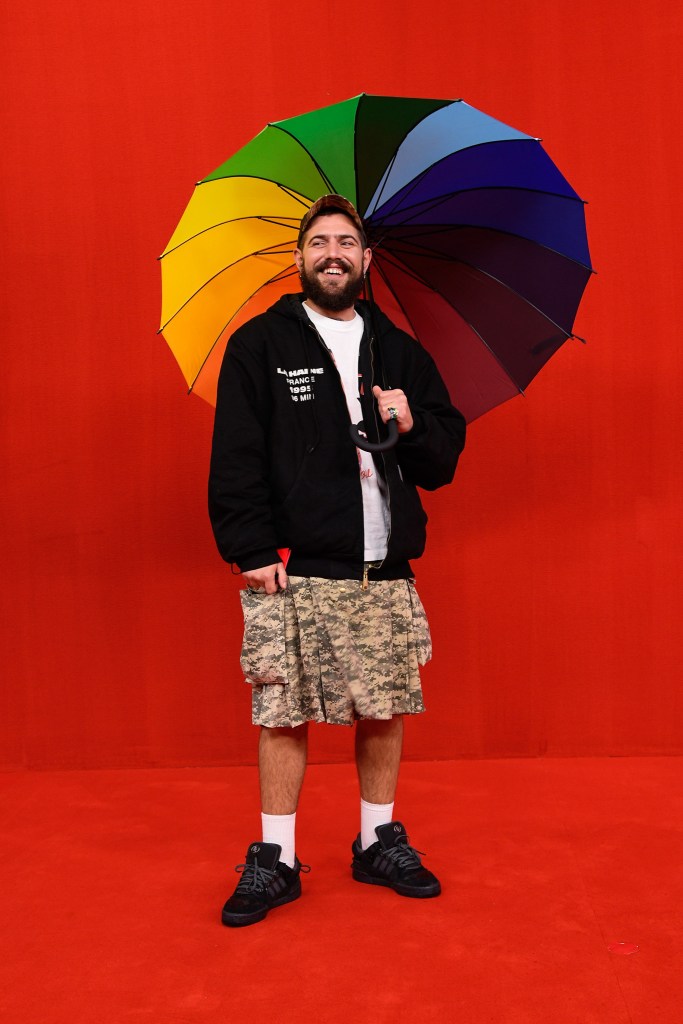 Balenciaga’s Demna, who recently dropped her last name, captured the spirit of the times by having her guests walk the red carpet alongside celebrities like Cardi B and Offset, Mark Tuan, Lewis Hamilton and Naomi Campbell, as well as models and members. from his design team dressed in his designs, as dozens of fans braved stormy weather to watch the arrivals.

It culminated with the screening of a personalized episode of “The Simpsons” that played with the icy and impassive image of the Balenciaga brand.

Paul-Emmanuel Reiffers, founder and CEO of creative consulting firm Mazarine, said the pandemic has prompted luxury brands to broaden their target customer base.

“I think that after COVID-19 everyone has felt this effect of being much more open and generous,” said the executive, whose events agency La Mode en Images produced shows for Balenciaga, Rick Owens and Valentino, among others.

“It’s like there’s a big release of energy – everyone wants to feel alive,” he added, speculating that brands may have had an extra reason to share their runway moments this season. “Since there are few foreigners, that opening is perhaps a way to be more present with local audiences.”

Guillaume Robic, director of development, communication and events at the Fédération de la Haute Couture et de la Mode, noted that the trend has been going strong for a while, and actually dates back to 1984, when Thierry Mugler became one of the first designers to throw the doors of a fashion show wide open to the public, with a mega-event in the Zenith concert hall.

Not everyone is convinced that the industry has fundamentally changed. Benjamin Simmenauer, a professor at the Institut Français de la Mode, believes that the message sent by luxury brands is more performative than authentic.

“The current conversation about inclusivity, openness and horizontality is so prevalent in fashion that it’s hard to build an image around the opposite notion, which is exclusivity,” he said.

“So I think in terms of image, the onus is on putting on events or shows that are accessible to the public in one way or another, and COVID-19 has really pushed that agenda,” he added.

“From VIP customers to anonymous fans to celebrities, nobody could attend the shows when they were digital, so I think there was a kind of democratization, in quotes, at that time, and that has influenced brands to go for a more open and accessible,” continued Simmenauer.

“I think it’s quite hypocritical the way they now avoid using the word ‘exclusivity,’ even though the caliber of guests at shows and prices are increasing. We are not going in the direction of democratizing fashion, it is quite the opposite, ”she argued.

“Actually, the practices of these houses are not inclusive at all,” he continued. “What that means is that while culturally there is a desire to show that the aristocratic side of couture houses is out of fashion, it’s more of a trend or an image than a reality.”

Beyond the image, another important consideration is the evolution of communication. At a time when the success of events is increasingly measured by their digital reach, casual viewers provide a valuable source of amplification.

“The holy grail of communication and marketing is having people promote your brand for you,” Simmenauer said. “Members of the public are also an important source of influence, even more so because they do so spontaneously, without being paid, thus helping to build an unbiased image of the event.” 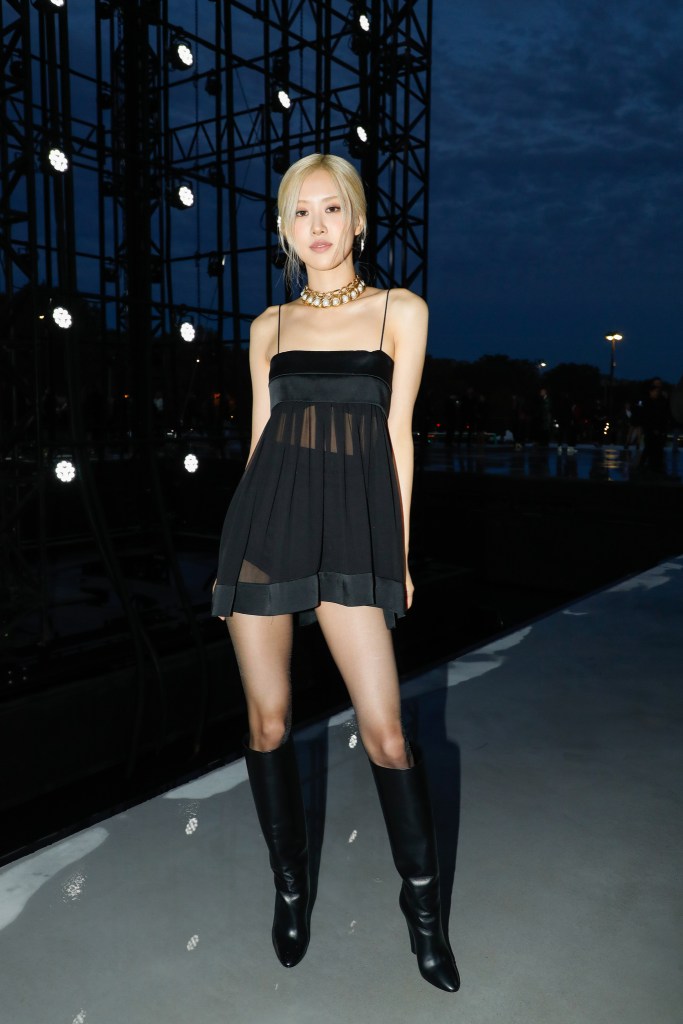 Al Dente’s Miceli agreed that crowd participation adds to the aura of an event. “Being able to show that there is a large audience responding to a show gives all the other people who are following the event on social media an even greater sense of having experienced something,” she said.

And while brands continued to rely heavily on the presence of K-pop stars, including Blackpink’s Rosé, Jisoo and Jennie, and TikTokers like Noah Beck and Dixie D’Amelio, Miceli said they were increasingly wary of putting too much emphasis on VIP guests. .

“They have understood today that they can no longer rely only on the front row for media coverage. They have realized the fragile nature of the front row, which they relied heavily on in the past. These days they have to explore other paths to visibility,” he said, noting the growing importance of platforms like Twitch, online gaming, and the metaverse. 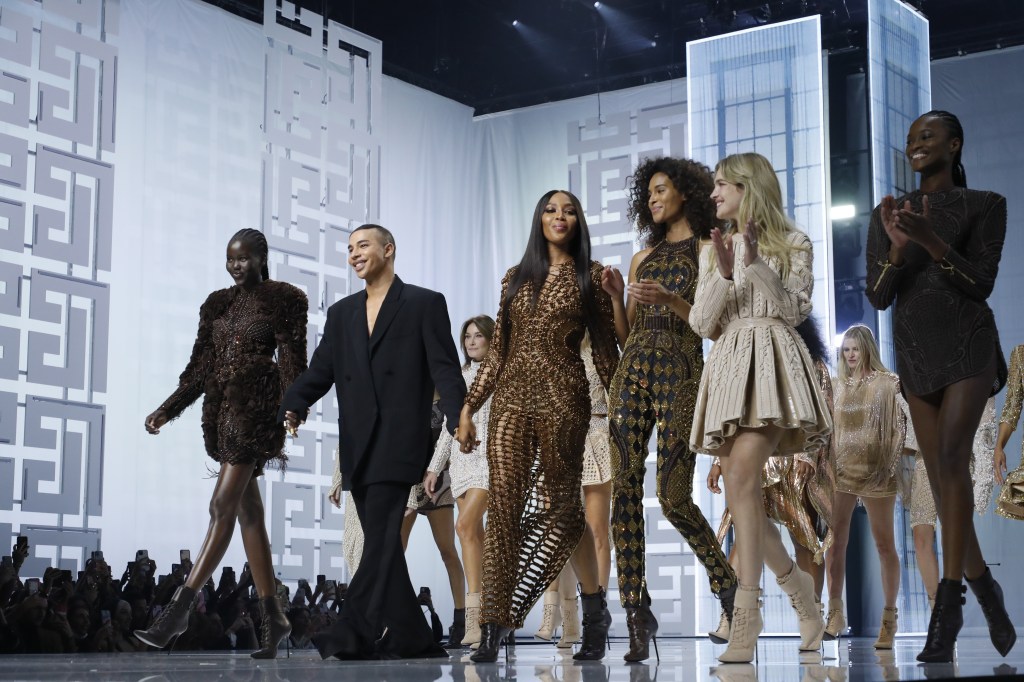 Balmain was one of the first Paris-based brands to introduce a more democratic approach to its shows. In June 2019, he showed off his men’s collection as part of a music festival, giving away 1,500 free tickets. In September, the brand expanded the Balmain Festival into a two-day experience, which included concerts and stalls offering limited-edition food, drinks and fashion.

The first 1,200 people who pledged a minimum donation of €15 to (RED) and the Global Fund, which deals with HIV and AIDS, received two tickets to the Balmain show, which featured an all-star cast of models, including Campbell , Carla Bruni and Lara Stone, and performances by Doja Cat and Franz Ferdinand.

“It is impossible for me to imagine a creative or inspirational moment without thinking about the music that accompanies it,” said Rousteing, explaining the festival’s rationale: “To come together and experience once again the fusion of the beauty of friendship, the power of the music and emotion of a Paris catwalk”.

One reason the approach has resonated is Rousteing’s huge online fan base. The designer’s fame has been boosted by the release of the documentary “Wonder Boy” on Netflix in June. “Designers are more and more pop culture stars,” Miceli said. “More than ever, people follow both designers and brands.”

Other ways brands have made their events more accessible is through temporary installations. Robic cited the example of Dior, which previously commissioned installations by artists Judy Chicago and Eva Jospin for two separate couture shows at the Musée Rodin and subsequently opened them to the public.

“Increasingly, there is this desire to share and, in a spirit of generosity, offer the widest public physical access to experiences linked to the creativity of the houses,” he remarked. “Rarely have we seen so many events, including cultural and creative events, organized by houses and the fashion ecosystem around the official Paris Fashion Week calendar.”

The event provided three experiences: one for guests seated amid the splendor of Art Nouveau; a second for special remote guests, who received links that allowed them to control 360-degree cameras with their smartphones or tablets, and a third for those who watched the live stream, who overlayed additional content and visual effects with the use of a green screen and other technologies.

With the YouTube and Tencent partnerships, the Paris Fashion Week platform attracted 1 million unique visitors, 4 million page views and close to 1 billion video views in 2021, Robic reported. “The September-October 2021 fashion week had 250,000 visitors, 1 million page views and a media impact value of 297 million dollars, which is the largest ever seen in a fashion week”, He said.

The figures suggest that efforts to become more inclusive will continue apace.

“It is a phenomenon of creative exchange and amplification. It goes with the fact that fashion has been closely linked to photography, animation and film for several decades. But now fashion is also increasingly linked to all the performing arts, choreography, visual arts and games,” said Robic.

“All of that relates to reaching larger audiences and new generations, so for me it is a phenomenon that is destined to last,” he concluded.

Olivier Rousteing reflects on a decade at Balmain

Journalist of the Year: Demna from Balenciaga