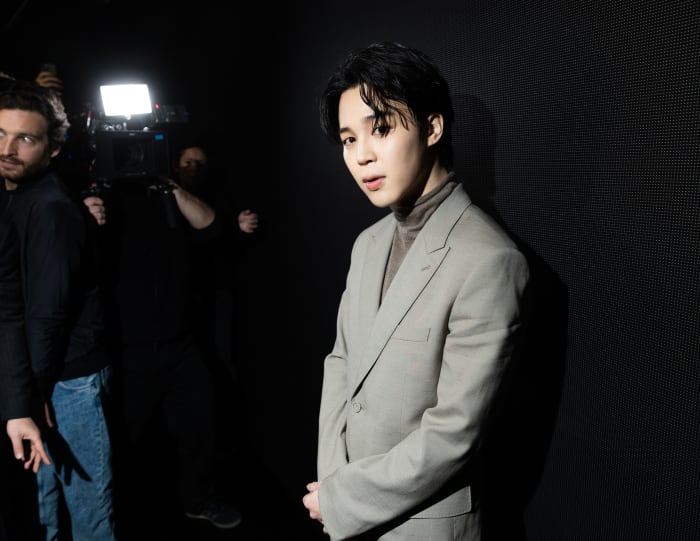 The newly appointed brand ambassador arrived at the venue amid cheers from fans waiting to see the idol. And he didn’t disappoint with his look: Park Jimin wore a slightly oversized gray suit over a light brown turtleneck, giving him a contemporary chic feel. The singer, one of the seven members of BTS, grounded his outfit with a pair of chunky lace-up Dior boots that matched his jacket and pants ensemble perfectly. With his hair parted down the middle, he looked playful yet refined. 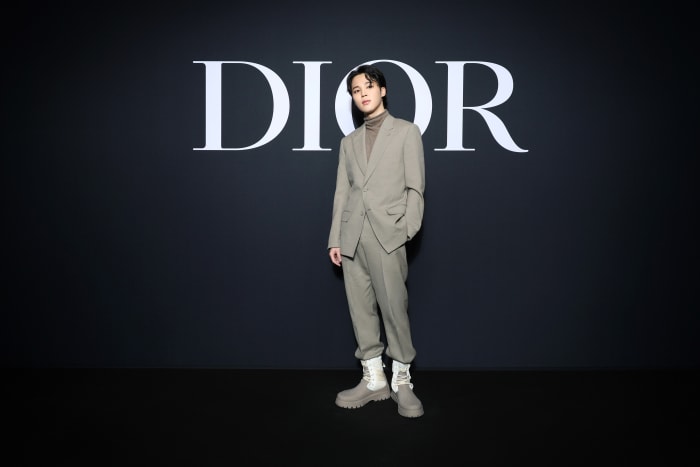 Jimin posed confidently in the step and repeat before taking a seat in the front row, right next to his bandmate J-Hope, who was at the Louis Vuitton debut yesterday. (That’s right: not one, but two BTS members were in attendance at the Dior show — ARMY, are we okay?)

Scroll down to Continue 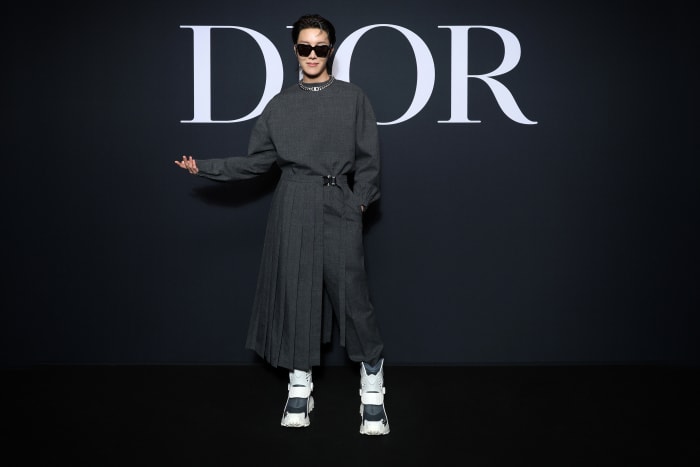 This comes days after Dior announced Jimin as its new global ambassador. “The South Korean artist now embodies the spirit and uniqueness of the Dior style,” the brand shared in a statement. “This special bond seals, more than ever, his friendship with the house and Kim Jones.”

“I’m so excited to start a journey with @Dior!” Jimin shared on Instagram.

This isn’t the first time Dior and BTS have worked together. In 2019, Kim Jones created stage looks for the “Love Yourself: Speak Yourself” tour.

With this embassy, ​​Jimin joins the ranks of Dior along with other idols, including Blackpink’s Jisoo.

Do you want the latest news from the fashion industry first? Sign up for our daily newsletter.