It occurred. It finally happened. Game Freak, the longtime developer of Pokemon games, released an open-world Pokemon game. After experimenting with open areas in previous Pokemon titles on Nintendo Switch, Pokemon Scarlet and Violet allow Trainers to go where they want and do what they want, catching plenty of Pokemon along the way. It’s not perfect, especially when it comes to technical performance, but it’s the future we want for the series.

However, this new format doesn’t mean that all your old Pokémon knowledge is totally irrelevant. When you’re up against the Ice-type Gym Leader, for example, it’s still a good idea to bring out your Fire-type monsters. However, the Paldea region demands that you alter your approach if you want to become a next-generation Pokémon master. Wherever your journey takes you, these tips and tricks will help you succeed.

1. Go where you want 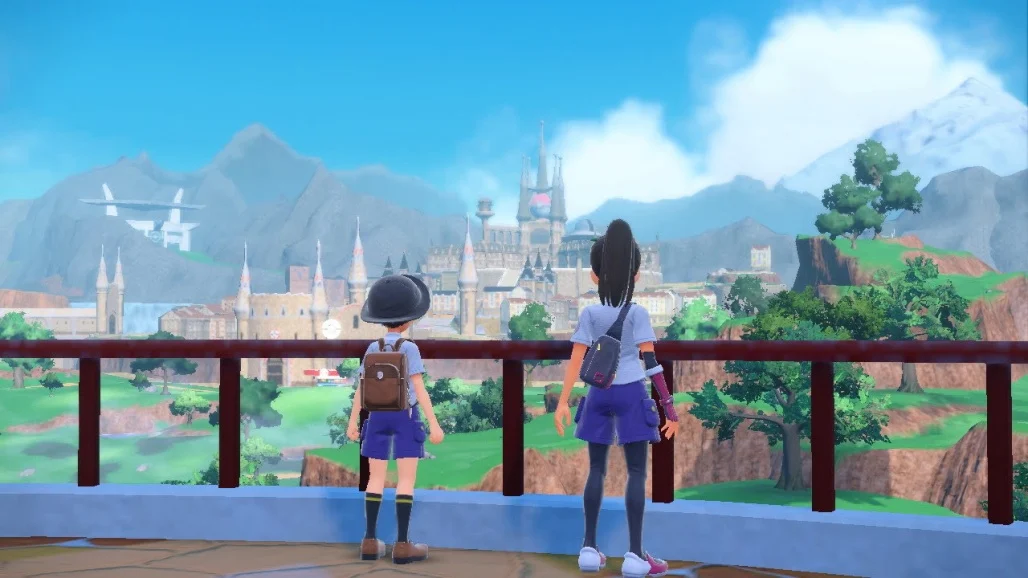 In case you forgot, Pokemon Scarlet and Violet are open world games. The characters constantly remind you to go where you want and that you can complete the tasks in any order. This exploration is fun and liberating in its own right. However, casually switching between gym battles, titan pokemon hunts, and Team Star attacks is the best way to stay level and strong enough as each quest line gets more difficult.

2. Sneak up on Pokemon 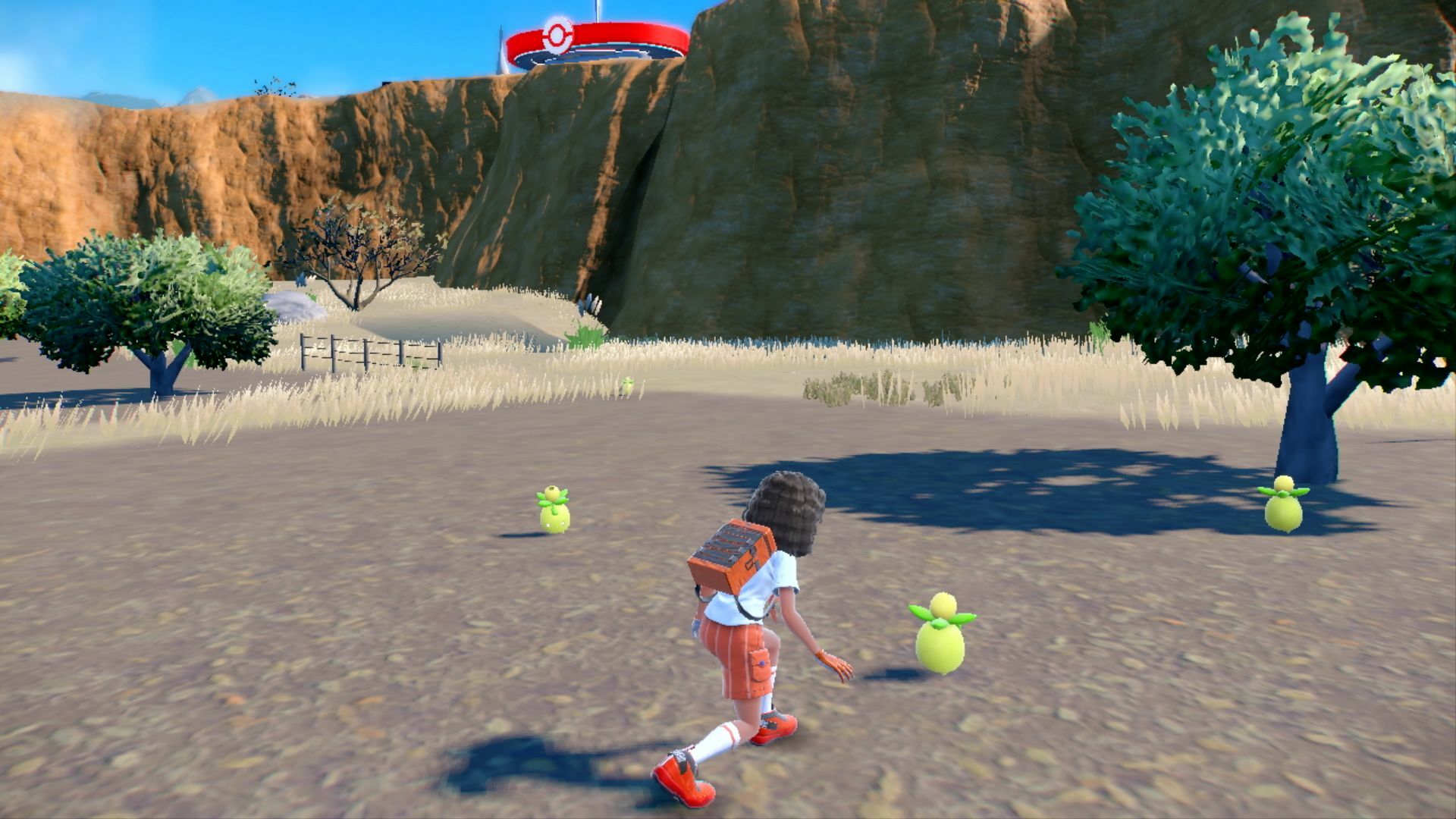 Pokemon Scarlet and Violet aren’t as mechanically sophisticated as Pokemon Legends: Arceus when it comes to catching monsters. However, you can crouch and sneak up on Pokemon before manually launching your Poke Ball, giving you an advantage in battle against the confused creature. 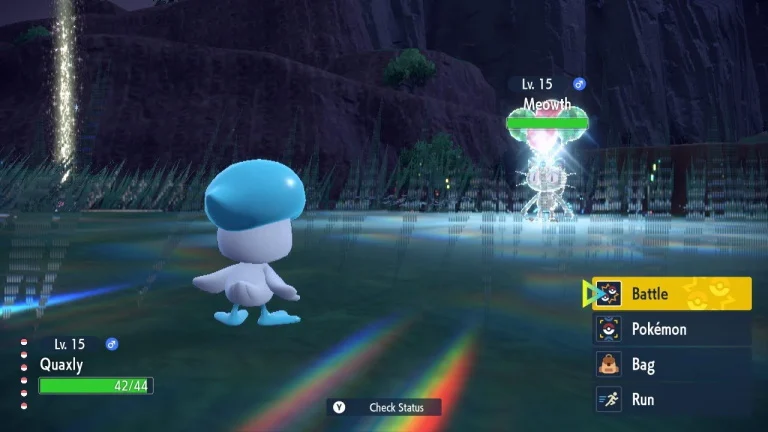 Terastalization is Scarlet and Violet’s new battle trick. Once activated, it coats your Pokémon in crystals that enhance its moves and alter its type. Some Pokemon have completely different Tera types than their normal types, such as Sudowoodo, which actually turns into a Grass-type instead of a Rock-type. Terrastalizing can turn an unexpected weakness into a surprise force, but you can only use it once per battle, so strategically terrastalize to gain the upper hand. 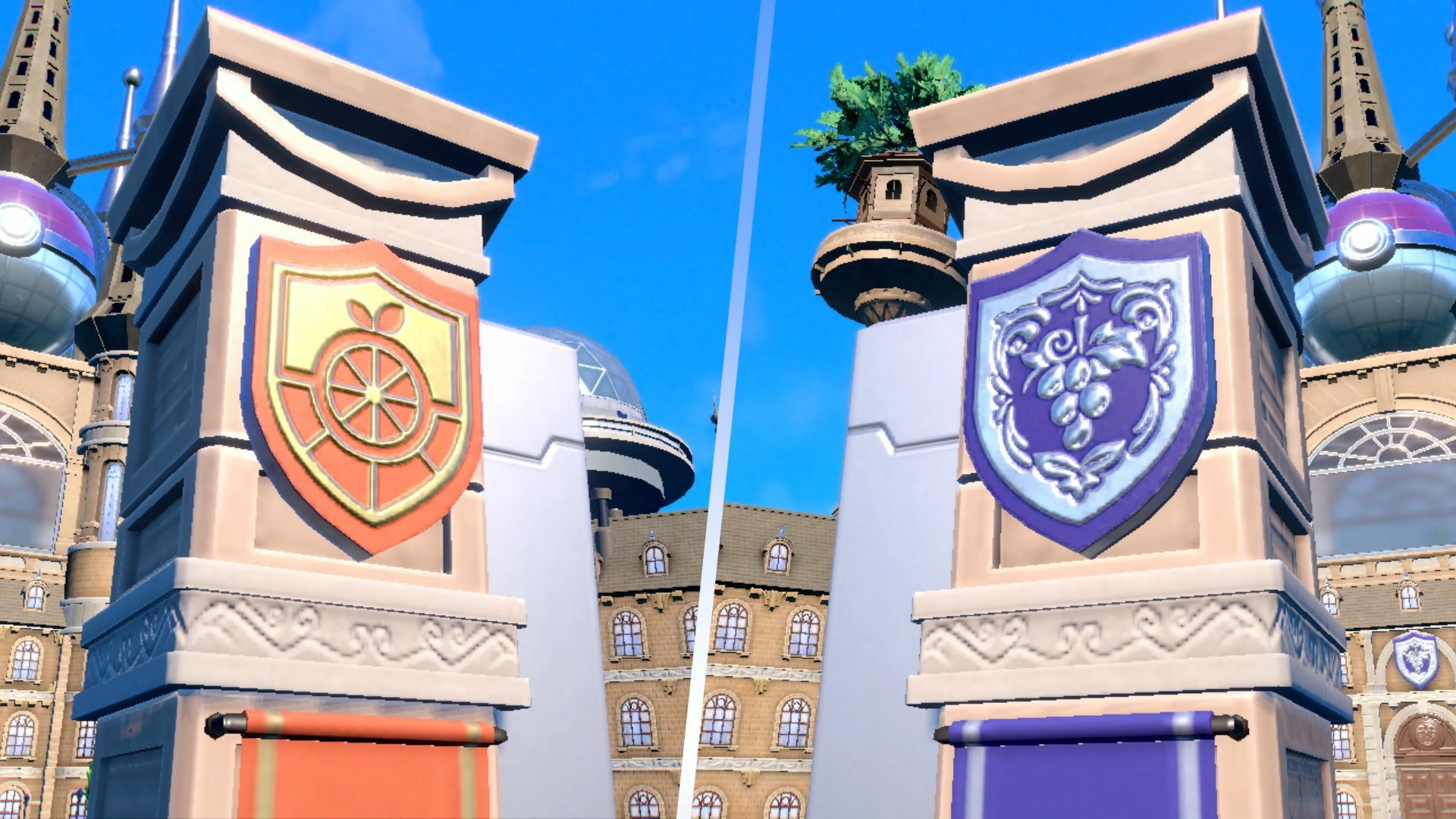 In Pokémon Scarlet and Violet, you play as a student at the Orange/Grape Academy. Your whole adventure is just one big independent study. The classes are not required, but you do learn more about the gameplay of high-level Pokémon if you choose to take them. For example, the gym teacher explains the difference between your Pokémon’s attack and special attack stats. In raid battles, four players team up to defeat a powerful Pokémon. Although it is a turn-based battle, you only have a limited amount of time in the real world to defeat your enemy. If your Pokémon faints, the clock counts down even faster. Think of these battles like speed chess – attack with aggression. 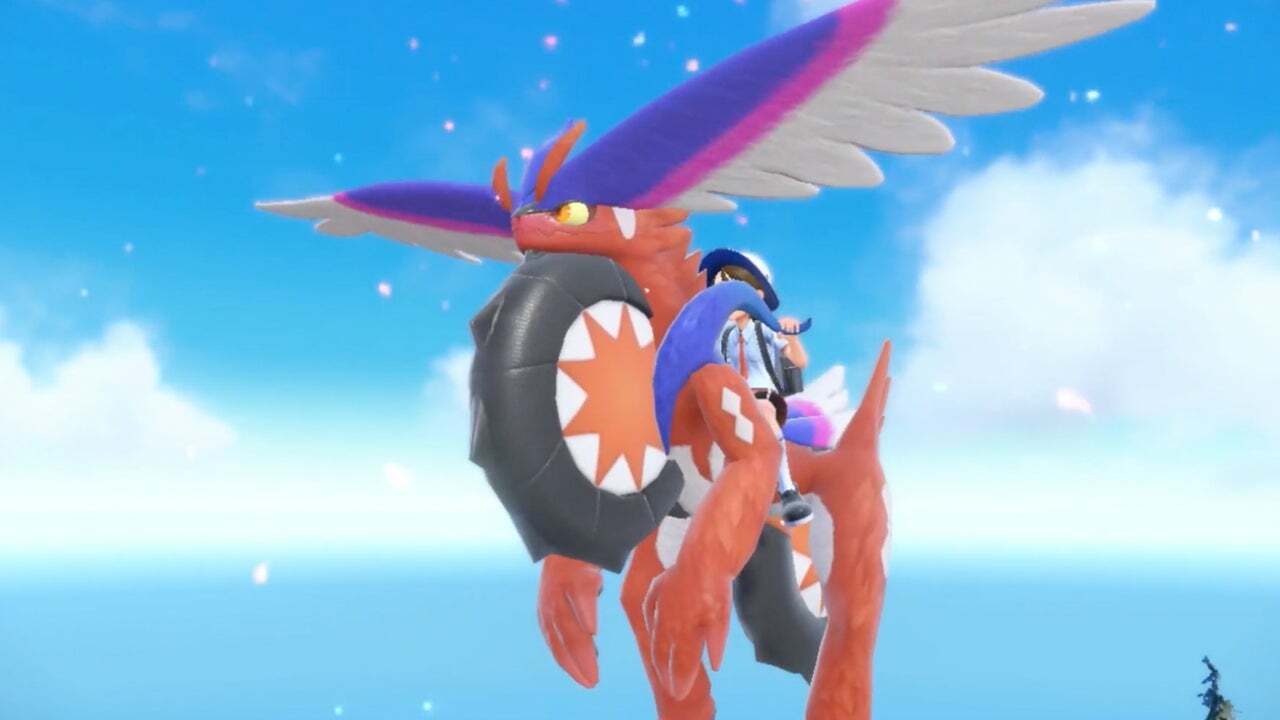 You travel through the Paldea region on the back of Koraidon or Miraidon, both reptilian and legendary Pokémon. Initially, your mount can only trot across the landscape. However, progressing through the Titan Pokemon quest line unlocks new movement abilities, such as running, climbing, and swimming. Get these skills as soon as possible so that you can explore the world more easily.

7. Create new moves and relearn the old ones 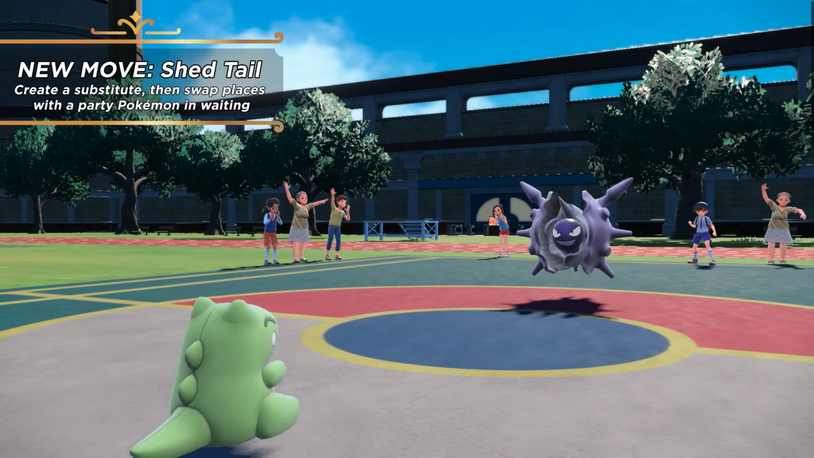 Your Pokemon can only use four moves at a time, and when it learns a new one, it drops an old one. However, outside of battles, you can have your Pokémon relearn discarded moves. This takes a lot of the pressure out of deciding whether or not to learn a new technique, as old moves are no longer forgotten forever, unlike in previous games. Not only that, winning battles earns you Pokémon materials that you can convert into additional Technical Machines(TM), the items that teach your Pokémon even more moves.

8. Team up with other players 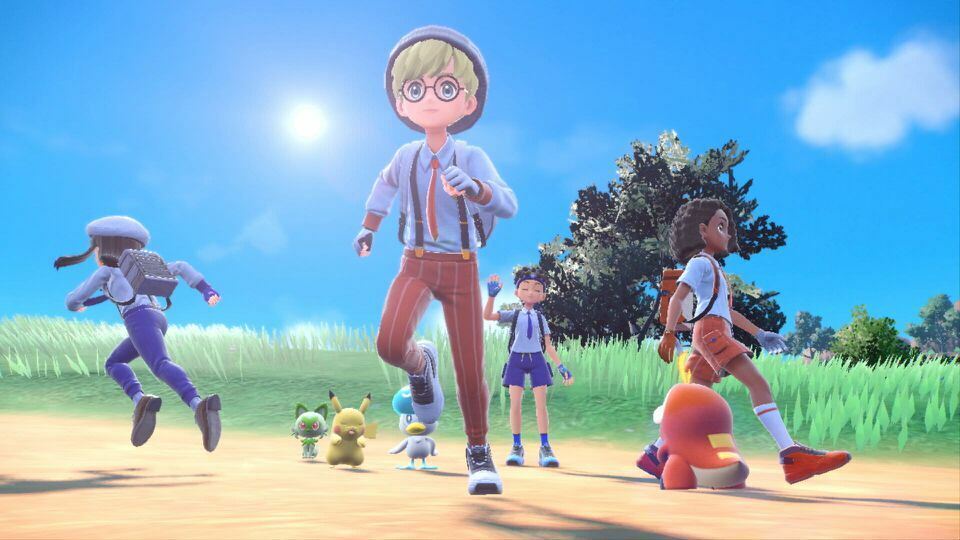 Multiplayer action has always been at the forefront of the Pokémon experience. Scarlet and Violet take it further with four-player online co-op using the Union Circle found in all Pokémon Centers. If you want to trade Pokémon, explore with a team, or battle in raids without relying on inept computer teammates, find some great human friends.

Recommended by Our Editors

9. Have a picnic with your Pokémon 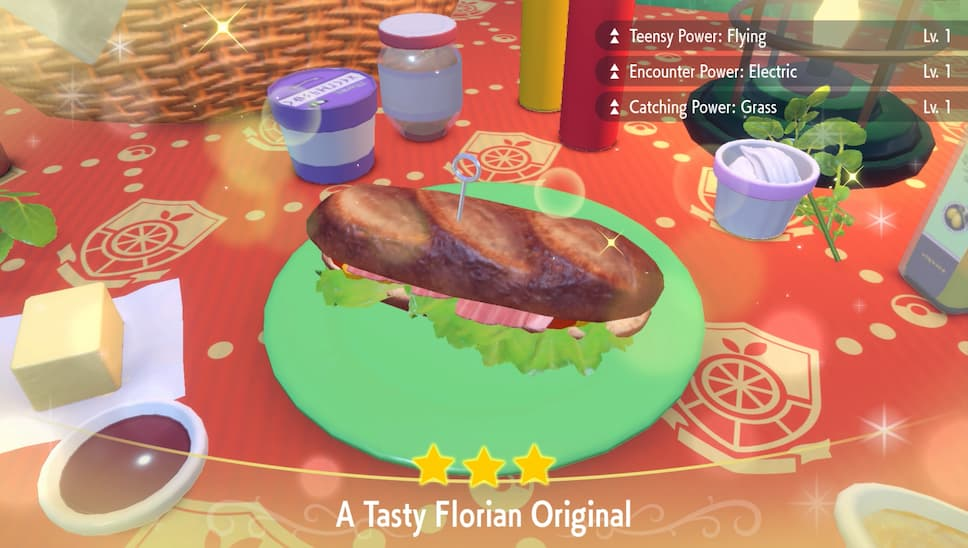 Pokémon aren’t just for battle, they’re your friends too. So have a picnic to bond with your team and take some great photos together. Feed them sandwiches to boost their stats (and show them you care). 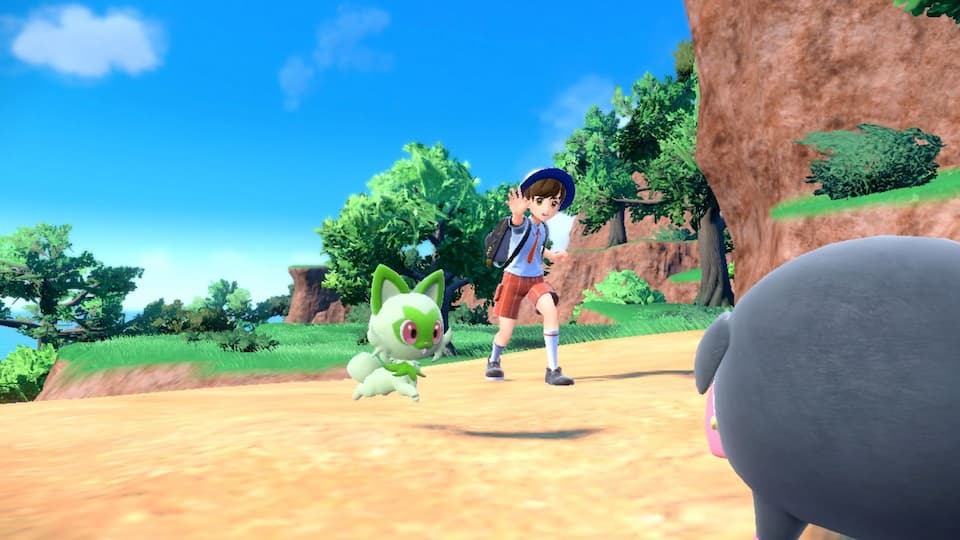 The Palden region is teeming with Pokémon, and over time your team will become so powerful that fighting the first few creatures will feel like a waste of time. Press the R button to use the Let’s Go feature and send out your leader Pokémon to automatically fight low-end bugs. This will take out weak Pokemon in seconds and give you experience points. However, your Pokémon will take damage from more evenly matched enemies.

11. Reboot after each session

The open world of Pokemon Scarlet and Violet is an ambitious undertaking, which may explain the game’s somewhat dubious technical performance. The game will suffer from unstable frame rates until Game Freak releases a patch. However, if you’ve been playing the game for a long time and experience a serious crash, try restarting the game to resolve what might be a memory leak.

God of War, Pokémon and Bayonetta 3: we have a preview of the most popular games of Holiday 2022

enroll in tips and tricks newsletter for expert advice on getting the most from your technology.

This newsletter may contain advertising, offers or affiliate links. Subscribing to a newsletter indicates your consent to our Terms of Use and Privacy Policy. You can unsubscribe from newsletters at any time.