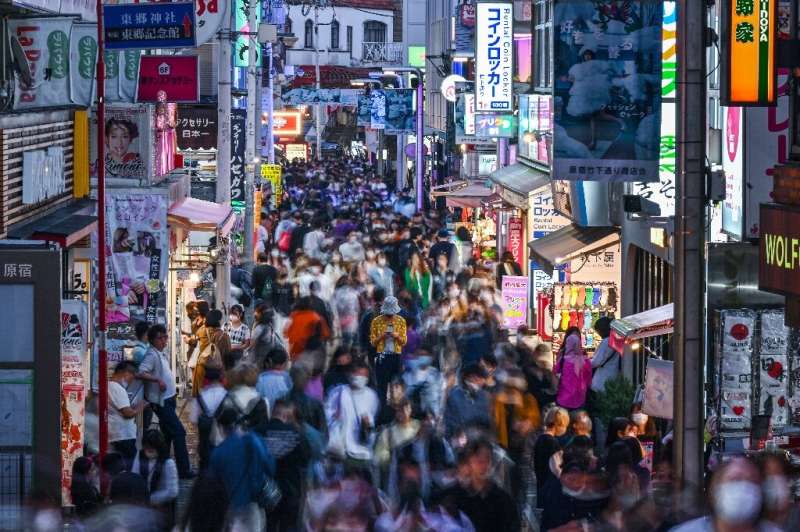 People walking on Takeshita street in the Harajuku area of ​​Tokyo, a popular shopping district.

Global fashion giants have pledged to reduce their carbon footprint, but that goal remains elusive at a time when “fast fashion” is all the rage, a topic in the spotlight at the climate summit in the ONU.

Given the chance to flaunt their climate commitments at the COP27 talks, brands and clothing manufacturers have talked about global warming, but some have conceded that their commitment to cut emissions in half by 2030 and reach net zero by mid-century may be overkill.

“Are we there yet? Of course not. Are we on the right track? I would say… maybe,” Stefan Seidel, Puma’s senior director of sustainability, said on a panel at COP27 in the Egyptian seaside resort of Sharm el- Sheikh. .

Greenpeace and other groups have urged the industry, which is already under fire for often exploitative labor practices, to curb or end the wasteful trend of mass-producing cheap clothing that is quickly thrown away.

The fashion sector was responsible for four percent of global emissions in 2018, about the same as Britain, France and Germany combined, according to consultancy McKinsey. 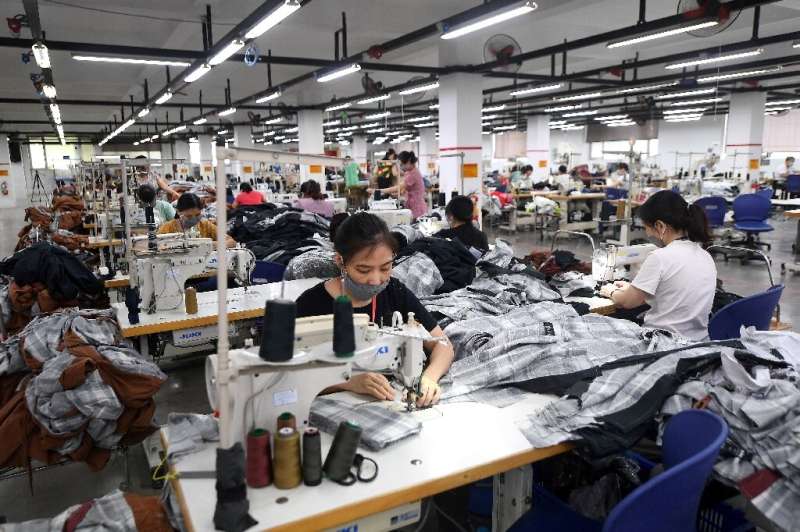 Vietnamese workers at a Hanoi factory that makes clothing for various brands.

Some 30 companies, from retail giants H&M and Zara owner Inditex to sportswear rivals Adidas and Nike, signed up to the Fashion Industry Charter for Climate Action at the COP24 summit in Poland in 2018. .

At the time, they pledged to reduce emissions 30 percent by 2030 and to be net zero emitters by mid-century.

A year ago they set a new and more ambitious goal of cutting their CO2 emissions in half by the end of the decade, with more than 100 companies signing the pledge.

But meeting the target is a significant challenge for an industry with long and complex supply chains that span the globe, admit industry experts.

Industry figures at COP27 barely mentioned the “fast fashion” business model, which critics say is at the heart of the problem, focusing instead on ideas about the use of renewable energy in factories and regulation. 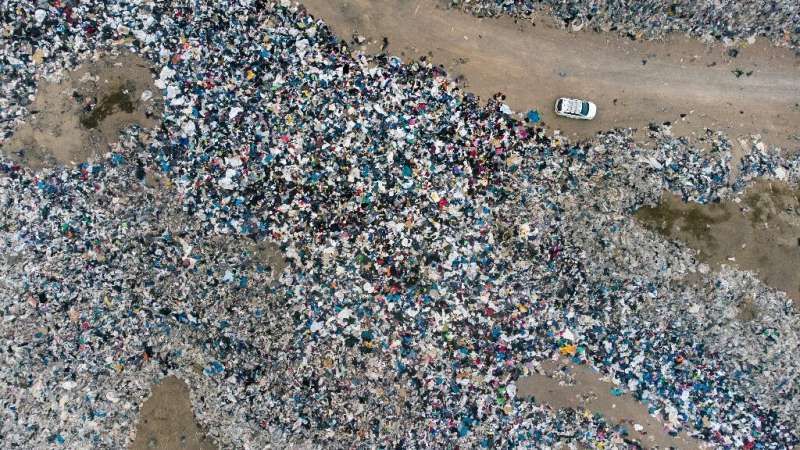 Aerial view of discarded used clothing in the Atacama desert, in Chile, on September 26, 2021.

But greening the entire supply chain and introducing climate-friendly standards between raw material suppliers and factories is a monumental task.

And Marie-Claire Daveu, head of sustainability at the Kering Group, which owns luxury brands Gucci and Yves Saint Laurent, said: “Even we, we’re not big enough to change all supply chains. That’s why the collaboration it’s key”.

Ali Nouira, an Egyptian manufacturer, told another COP27 panel that there are not even any certification bodies in the region.

“When we manufacture, we need to have all the correct certifications and carbon footprints and all that, and for a small brand coming out of Egypt that is extremely difficult and also expensive,” Nouira said.

“We also manufacture for other brands, in Europe and other places,” he said. “And we’re under pressure to have the certifications and also to lower our prices, so they can continue to make the profits that they’re making.” 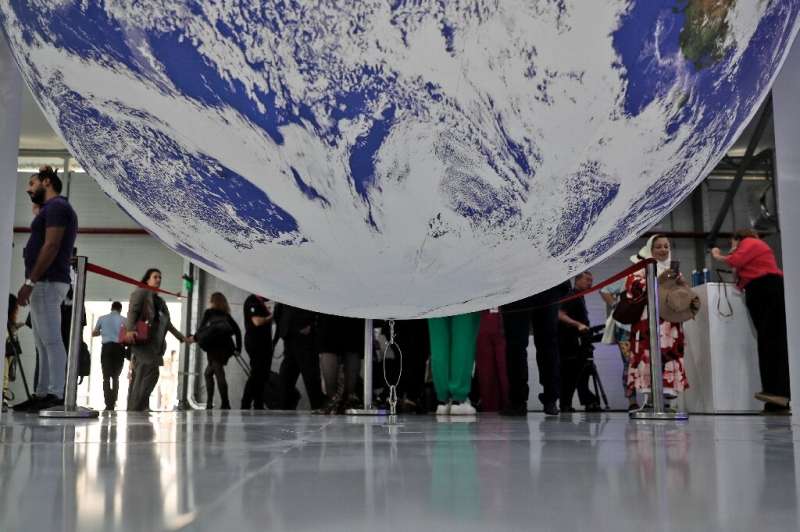 Participants tour the Sharm el-Sheikh International Convention Center, in the resort town of the same name on Egypt’s Red Sea, during the COP27 climate conference.

Nicholas Mazzei, director of environmental sustainability at online retailer Zalando, said there has been a change in culture in developed countries, with banks offering lower interest rates to companies that commit to a net zero target.

“If you do that transformation, you can end up paying nothing because the loans are so low that the costs are basically free,” Mazzei said.

But suppliers face big costs, as sewing clothes in factories requires more energy than is used by retail stores at the end of the supply chain.

“Even if we installed solar panels at all of our 20 plants, that would only account for 17 percent of the group’s energy consumption,” he said. 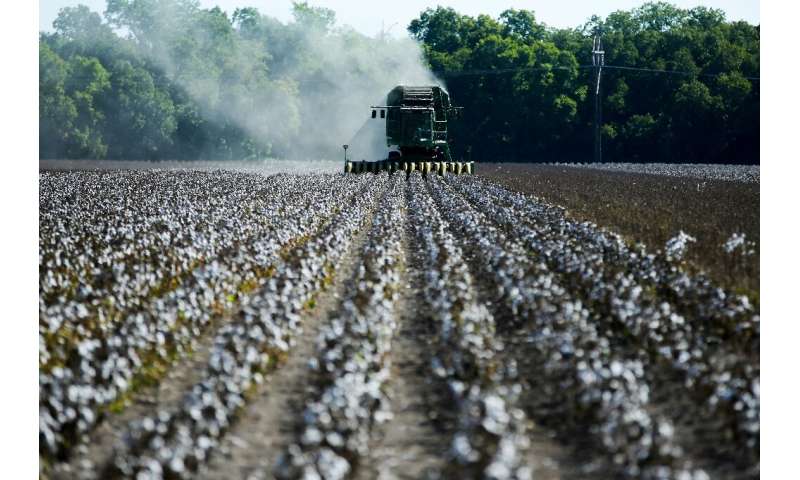 The United States is the third largest supplier of cotton in the world, behind India and China. 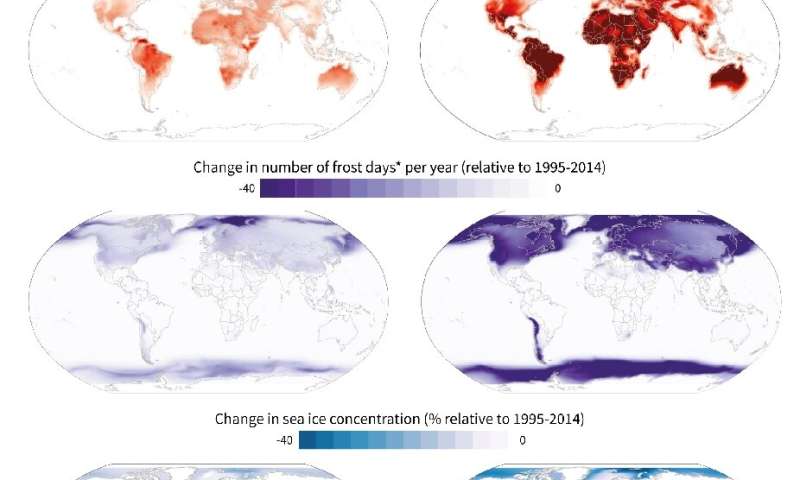 Maps showing the impact of global warming of 1.5 vs. 3ºC in terms of number of days with maximum temperatures above 35ºC, change in number of frost days, and change in sea ice concentration. 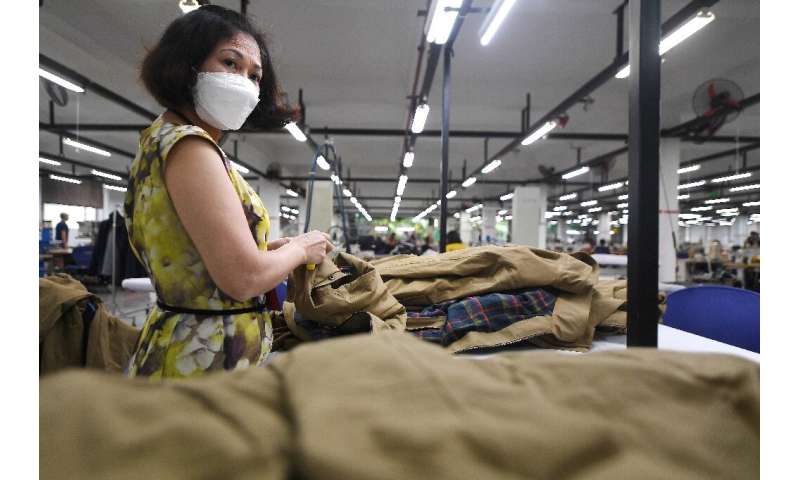 Suppliers face huge costs, as sewing clothes in factories requires more energy than is used by retail stores at the end of the supply chain.

Delman Lee, vice president of sustainability at TAL Apparel, another Hong Kong apparel maker, said it has been decarbonizing its operations for a decade.

But with subsidiaries in countries like Vietnam and Ethiopia, it’s difficult to navigate the different regulations, Lee said.

Aiming to become a net-zero business “is a leap of faith,” Lee said. “You commit to something that you don’t know how to achieve.”

This document is subject to copyright. Apart from any fair dealing for private study or research purposes, no part may be reproduced without written permission. The content is provided for informational purposes only.