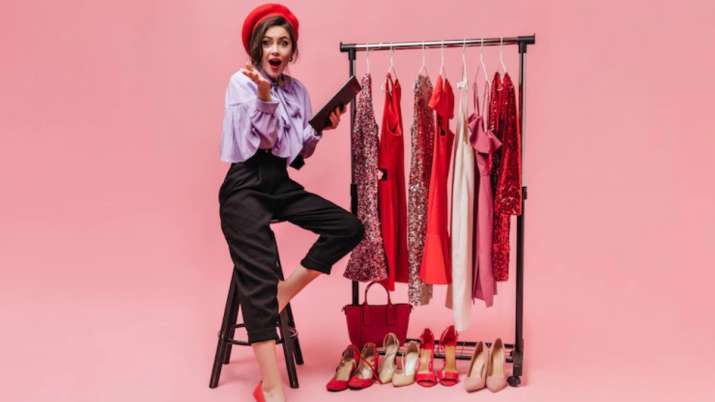 It is said that even a broken clock gives the correct time twice a day. Abandonment is part of human nature. We abandon beliefs, relationships, even our choices and habits only to realize at some point in life that it is the allure of the forgotten that makes things beautiful again. While some abandoned things cannot be revived, others are more likely to return. Such is the history of fashion trends that are often repeated over time.

Fashion historian James Laver best describes the life cycle of a fashion trend. While a trending fashion aesthetic may be all the rage in a certain year or month, it was considered bold and audacious only a few years before and will be labeled as absurd a few years later. But at some point in these 50 years, the same style will make a dazzling comeback, leaving everyone reminiscent of the golden age associated with the trend. Take flared jeans as an example. A huge hit in the ’70s, this pair of jeans made a fabulous comeback in the 2020s, showing up in the collection of every leading brand.

Similar to what Laver raises in his theory is the second concept that explains the inevitable return of fashion trends according to the 20-year rule. The year 2002 is considered by many to be the year of fashion disasters. Seriously, what was there to like? Singer Avril Lavigne’s punk rock style cargo pants, paired with a crop top and some amazing ties, a combination later worn by Jenny of the famous J Lo. Now modern punk style rules 20 years later in its much more stylish version. Oversized leather jackets and platform boots are back in style.

But nothing speaks of a return to the trends of yesteryear quite like hyper-stylized TV series on popular streaming services. Netflix’s sci-fi fantasy series Stranger Things inspired fashionistas so much that ’80s fashion was back in style in the 2020s. Another Netflix show, Bridgerton, showcased fabulous ’80s-era outfits. the 18th century Regency and viewers fell in love with them. This isn’t just cosplay or theme parties that sparked the return of such fabulous style trends 40 or 100 or 200 years later, it’s the attention to detail and love for beloved characters that audiences invested so much time and effort into. attention that the style and trends of 200 years ago became part of the modern viewer’s shopping list. And whatever the consumer wants, the consumer gets. Movies and television have always had a huge impact on people in every decade and if the subject is a period drama, you can be sure that the styles and trends shown on the show are sure to creep into modern creativity. .

Empire waist dresses, corset tops and long gloves are in such high demand that there has been a more than 500% increase in demand for Regency-era fashion items. Even puff sleeves and headbands are making a comeback in stores, courtesy of the hit season 2 of the Netflix series.

The popular 90s mom jeans are making a big comeback this season with all the leading brands showing off their version in an ode to this 90s trend. Plaid pants are also back in style after a 30 year hiatus. Wide-leg pants have also made a comeback to not only beat the scorching heat, but also add a touch of effortless elegance to your overall look.

Spring Summer collections from top designers include crop tops, bikini tops and halter necks, a staple of the late 1990s and early 2000s.

In the accessories department, chokers are back in fashion. Statement earrings are all the rage these days, especially when paired with glittery dresses and jumpsuits. Iconic acrylic rings are also making a comeback, thanks to the obsession of singing sensations like Dua Lipa. Remember Britney Spears’ famous bucket hats, well, they’re all the rage this season too.

The footwear trends that seem to be making a comeback from the 2000s are platform heels. Fashion experts predict that velvet boots will triumph in the winter of 2022.

With fashion comebacks spanning 20 to 200 years, it’s hard to determine which theory holds true for fashion comebacks. But one thing is for sure, with a heightened aesthetic sense and exposure to a wide variety of trends from different eras at their disposal, modern Instagram-savvy consumers are quite capable of picking up fashion trends on their own rather than waiting. to some elite. designer to make the same lucky decision for them.

(Disclaimer: The views expressed in this article are those of the author. They do not reflect the views of India TV)