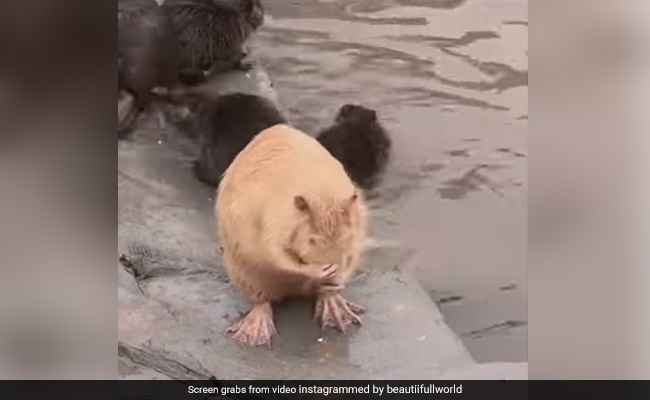 The image shows the hamster rubbing its face while taking a bath.

You’ve probably seen pets like dogs and cats mimicking humans in some way, but have you ever seen a hamster mimicking a human’s bathing style? If not, this is a must read for you. A viral video shows a group of hamsters bathing in a pool, with one of them rubbing his entire body like a human.

Shared by an Instagram page called Beautiifull on August 8, the video is now going viral. The hamster in the video has a lighter fur color, while others are dark brown. The wet rodent is seen rubbing its face and entire body like a human while standing near the pool.

The video has attracted more than 4.2 million viewers and more than 1.5 lakh likes since it was shared. There are thousands of beautiful comments in the comments section of the post.

One user wrote: “He was a human in his previous life.”

Another said: “I want to give him my shampoo.”

“Hoooman Stop recording me. Instead give me your soap. And put it on my back,” wrote a third user.

A video that went viral last month showed a wild hamster posing for photos. The viral video showed a photographer holding a camera when a hamster poked its head out of the ground. The photographer was seen giving the animal a beautiful flower. The hamster then climbed out of the grassy ground and tried to eat the flower.

To distract the animal, the photographer held the beautiful flower that the hamster was nibbling on and began taking pictures of the animal.

The sound of the camera shutters and the adorable little creature nibbling on the beautiful flower set an enchanting tone for the video.

The video amassed more than 4 million views and more than 1.7 lakh likes.